For years, Diane Taraz has been writing her own original songs and breathing new life into traditional ones. She brings a dry wit and a light touch to explain the intricacies of her music. Audiences listen entranced as she sings a cappella, a challenging style at which she excels. Dirty Linen magazine calls her a "fine, inventive guitarist" and she plays lap dulcimer with equal passion.

On her CDs and in concert, Diane delves into fascinating corners of music. She draws inspiration from Celtic, British, French-Canadian, American folklore and jazz. Performing live, she presents historic programs that focus on the American Revolution, the Civil War, and other eras.

Born in the Berkshire hills of western Massachusetts. Diane has long made her home in the Boston area. She directs the Lexington Historical Society Colonial Singers and sings with Vox Lucens, a 12-member a cappella Renaissance choir, and the UUlations, a women's a cappella group. 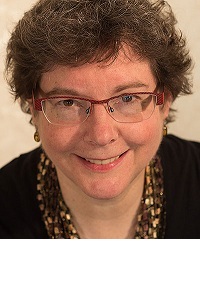