For many years, Diane Taraz has been writing her own songs and breathing new life into traditional ones. With dry wit and a light touch she explains the intricacies of her music. Audiences listen entranced as she sings a cappella, a challenging style at which she excels. Dirty Linen magazine calls her a "fine, inventive guitarist" and she plays lap dulcimer in her own unique style.

On her recordings and in concert, Diane delves into fascinating corners of music, drawing inspiration from Celtic, British, French-Canadian, and American folk, plus blues and jazz. Her historic programs use the music of various times to explore a range of subjects, including the American Revolution, the Civil War, and women's history.

"Diane does an extraordinary job weaving together history and performing arts through storytelling and beautiful song. Her meticulous research, musicianship, engaging presence, sense of humor, period costumes, and professionalism allow her audience to lose themselves in a delightful experience that transports them to another time. New England historical sites and history buffs are incredibly fortunate to have Diane Taraz in our midst to bring our past to life!"
-- Robert A. Perry, Executive Director, Charles River Museum of Industry & Innovation, Waltham, Mass.

Diane is on the Scholarly Advisory Board of the Gilder Lehrman Institute of American History, based in New York City.

Born in the Berkshire hills of western Massachusetts, Diane has long made her home in the Boston area. She directs the Lexington Historical Society's Colonial Singers (click on the name to visit) and sings both soprano and alto (though not at the same time) with Vox Lucens, a 12-member a cappella Renaissance choir (click on the name for more), and the UUlations, a women's a cappella group. 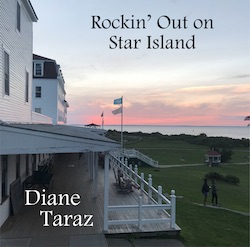 "My Zoom shows continue! Check out the offerings under Performance schedule, including First Saturday Concerts on -- you guessed it -- the first Saturday of each month. My latest recording is a private-issue album of beloved songs from Star Island, half from previously released recordings and some brand new.

"Rockin Out on Star Island features Billy Novick on whistle channeling The Sandpiper. Larry Luddecke works his magic on keyboard, and guest pianist John Yannis accompanies me on an utterly Victorian rendition of Good-bye, Sweet Day! -- sung at the Isles of Shoals for a mere 140 years. Chickens and Bears celebrates the affection between those who jump into the ocean at dawn (know as Polar Bears) and those who most definitely DO NOT, known as Polar Chickens. It's a sneaky little number that sounds as if we're getting away with something! 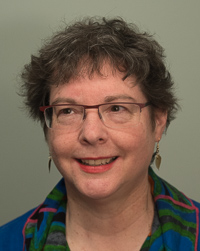