For decades Diane Taraz has been writing her own songs and breathing new life into traditional ones. Her elegant voice brings out the essence of whatever style she presents, be it folk, jazz, blues, or standards. She plays Taylor and Santa Cruz guitars, and keeps stretching the limits of her lap dulcimer, taking it to unexpected places where its quirky charm shines.

Steeped in history, Diane creates programs that use the music of an era to show the inner lives of people who lived long ago. Women, especially, left behind few records of their existence, but the songs they used to speed their work, sing a child to sleep, or ease an aching heart show us their minds and hearts. Diane is on the Scholarly Advisory Board of the Gilder Lehrman Institute of American History, based in New York City, and brings her programs to museums, universities, libraries, and historic houses throughout New England.

Robert A. Perry, Executive Director of the Charles River Museum of Industry in Waltham, Mass., says, "Diane does an extraordinary job weaving together history and performing arts through storytelling and beautiful song. Her meticulous research, musicianship, engaging presence, sense of humor, period costumes, and professionalism allow her audience to lose themselves in a delightful experience that transports them to another time. New England historical sites and history buffs are incredibly fortunate to have Diane Taraz in our midst to bring our past to life!"

Diane directs the Lexington Historical Society's Colonial Singers, a group of music-loving reenactors. She researches and arranges songs, teaches them to the group, and leads them in various Society events in Lexington, including Patriot's Day and July 4 programs. She has produced two CDs for the group, and in 2017 and 2018 directed three presentations of a play from 1728, The Beggar's Opera, which she adapted. For more about this group, click on LHS Colonial Singers in the green box.

Diane's rendition of Un Flambeau, Jeannette, Isabella is featured in the film A Little Prayer, which just premiered at the Sundance Film Festival. It's a lovely, compelling film that has received glowing reviews, and Sony Pictures Classics has purchased world-wide rights. It will probably be coming to a theater near you by summer's end.

Visit Amazon to pre-order a copy of Candace -- Imagining the Life of a Woman Enslaved in 18th-Century New England.

In 1742 a child was brought to the town of Gosport on the Isles of Shoals, off the coast of New Hampshire, and enslaved by the town's minister. We know that her name was Candace but little else about her apart from two brief church records. She spent her life in Gosport. Diane explores what that life may have been like, based on the experiences of others in Candace's situation, facts about the family that kept her in bondage, the records of the town in which she lived, and what we know about colonial life in the eighteenth century.

At least four other people were enslaved in Gosport. In the years leading up to the Revolution they lived through a major earthquake, continent-wide warfare, a calendar adjustment, and growing conflict with Britain. They entered a new nation, conceived in liberty, that did not extend the right of liberty to all. The legacy of this injustice remains very much with us.

To view a video about the book, click here. 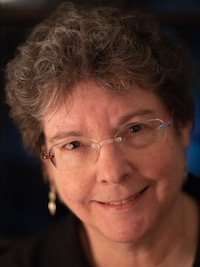